Which flowers are edible and which will make you sick? 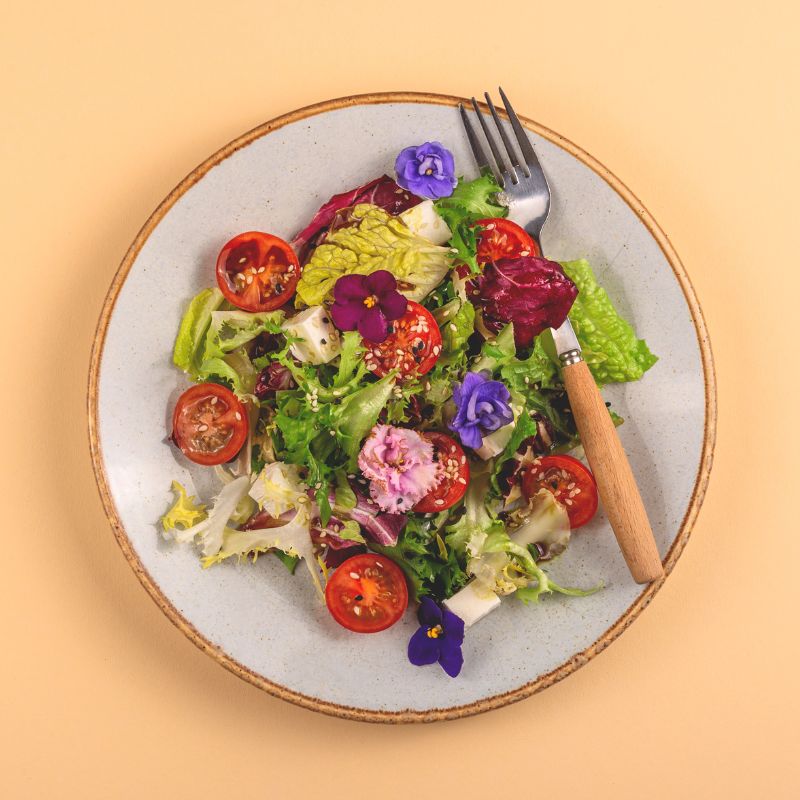 Not All Flowers Are Edible

Know The Facts Before Taking Chances With Your Food

Flowers are some of the most beautiful and beloved things in nature. They come in a variety of shapes, sizes, and colors, and can be used to bring a sense of beauty and joy to any environment.

While flowers are often appreciated for their aesthetic appeal, they’re also important for their medicinal and therapeutic properties. Edible flowers in salads or on wedding cakes are also commonly used to elevate a culinary creation and add drama and excitement to a dish. That may make you think all flowers can be consumed in food.

While some varieties of flowers are edible, that does not mean they are all safe to consume.

In fact, most flowers that are sold in retail stores will NOT be edible even though you may read about them being included in salads or seen them on a wedding cake.  Why?

The primary reason why flowers are not for human consumption is that they contain toxins which can be harmful to our bodies. Some toxin occur naturally by variety, others are introduced when the flower is grown.

Most flowers contain some level of toxins, which are typically produced as part of the natural defense mechanism of the plant. While these toxins may be beneficial to the plant, they can be poisonous to humans. The toxins found in flowers can range from relatively harmless compounds, such as essential oils, to more dangerous compounds, such as alkaloids or glycosides. Ingesting these compounds can cause a range of symptoms, from mild skin irritation to more serious gastrointestinal issues.

Finally, flowers that are not specifically labeled for human consumption may have been raised using chemicals that are harmful to to humans. If you are looking for edible flowers are should go to a professional florist and have the flowers special ordered for your occasion. That way you can be sure you are getting a food grade product for you culinary project.

Ingesting a flower allergen can cause a range of symptoms, from a runny nose to itchy eyes to anaphylactic shock (requiring emergency medical attention).

COMMON FLOWERS YOU CAN NEVER EAT INCLUDE: daisies, daffodils, hyacinths, lilies, marigolds, roses, and sunflowers. These varieties are naturally toxic to consume and can never be included in a culinary project.

However, other varieties that are considered edible, may still be dangerous depending on how they are raised. These are the flowers that CAN be edible but keep reading to know when they are actually safe:

The best thing you can do is always buy edible flowers that are specifically grown for human consumption.

Where can you find flowers for human consumption? Some grocery stores do carry flowers for this purpose but it is uncommon. The best place to find flowers you can eat would be going to a florist and special ordering them for your occasion.

In conclusion, edible flowers still may not for suitable for human consumption because they can contain toxins, bacteria, fungi, and allergens which can be harmful to our bodies. It’s important to remember that even varieties that are considered “edible” may not be safe unless they have been grown specifically for human consumption. Always read the labels and ask a professional florist to order edible flowers to be sure you are creating a safe food project.

Your Flowers Will Thank you for

It's A Fresh Flower Food That Stems Will Crave 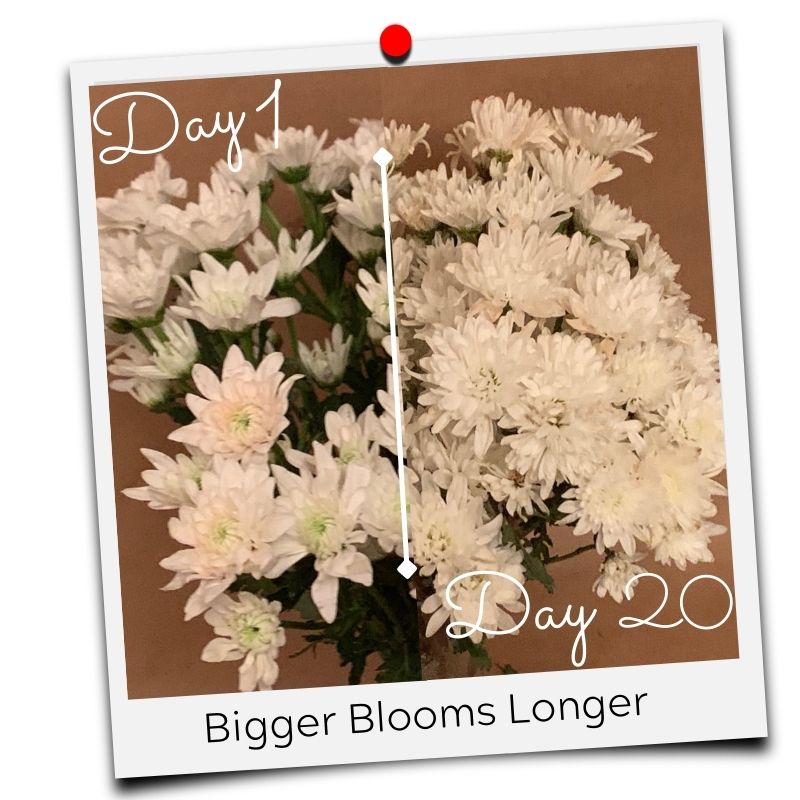 Perk up your flowers so they stay bright and hydrated longer. Now there is flower food for cut flowers with the  extra boost of caffeine.

Why caffeine? The same way you crave your first cup of coffee each day, caffeine helps perk up your cut flowers and make them thirsty for a big gulp of water that will help keep them fresh and hydrated longer.

It makes you wonder why no one thought of this before!

Flower Boosters is the ultimate solution for how to make fresh cut flowers last longer and smell better than ever before. It is flower food for cut flowers that flowers will crave.